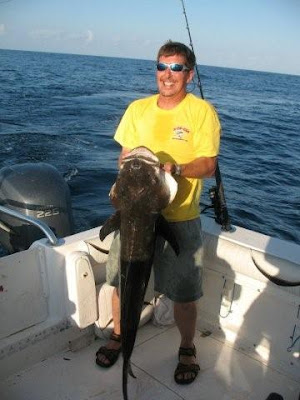 The women in our lives were kind enough to let us go fishing on Easter Sunday.
We left the dock at 2:00 a.m. but the 4 to 5 footers made it a slow go and we didn't get to the ledge until 7:00. Upon arrival we found that we had the South ledge to ourselves. The water temp was 72.5 and there were numerous weed lines. We zig zagged our way along and caught dolphin as they launched there attacks on our baits from under the weed patches.
Once again we lost a wahoo lure that we were trolling sub surface with a 2lb trolling sinker. We were bit-off just above the wire leader and the fish didn't pull any drag in the process. Big wahoo?
As we trolled over the South ledge in the afternoon we managed to catch a black fin shortly before a large amberjack crashed the party and gave us a run for our money.
I noticed the temperature had risen to 79 degrees and the weed lines were no longer present. The bite had slowed so we figured we would fish the R3 navy tower for a little while on the way in.
The tower was swarming with cigar minnows, barracuda, amber jack and spade fish. I stood with a jig at the ready as we watched the fish come up and check out our boat. Suddenly I heard my son Zack shout "two cobia coming right at us". I flipped my jig in front of them and the larger cobia shot forward and slurped it in. Fish on! After a 35 minute battle of give and take and trying to keep the fish from breaking me off on the structure we were able to get a gaff in him and get him in the boat.
Still dripping with sweat I pointed the boat towards Wassaw Sound and started the long haul in as light was fading. We reached the dock around 9:30 and got back to the house around 10:00 only to find my wife had a wonderful Easter dinner waiting for everyone!
We ended up with a total of 18 dolphin (the two largest were nearly 30 lbs), 1 blackfin tuna, a large amberjack and a nearly 50 lb. cobia.
A happy Easter indeed! 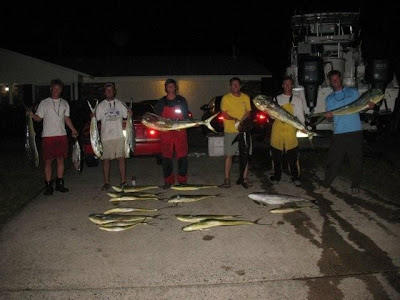 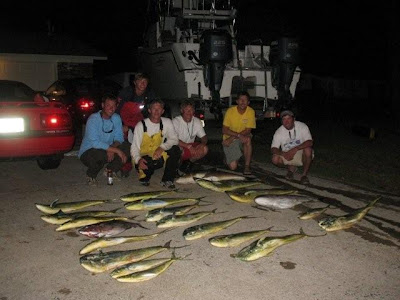 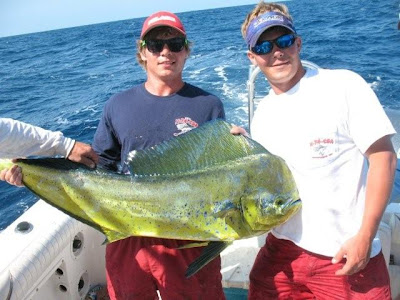 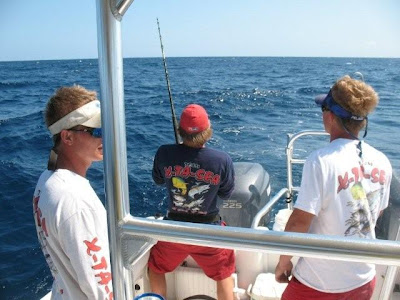 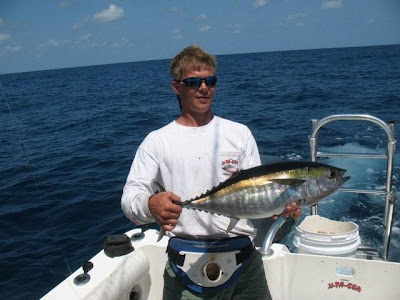 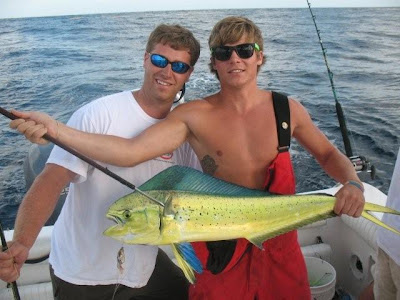 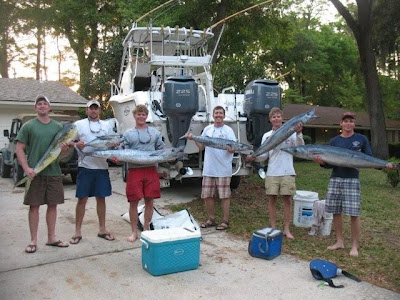 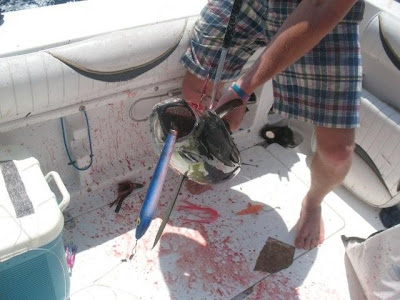 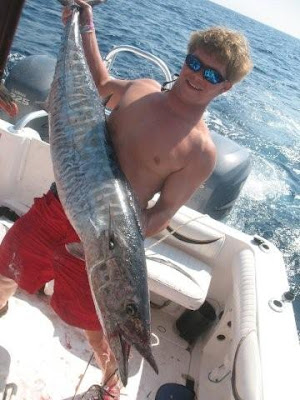 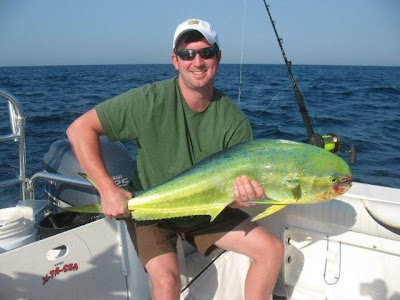 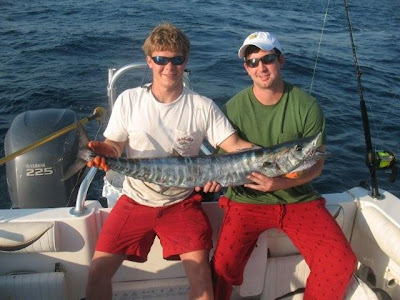 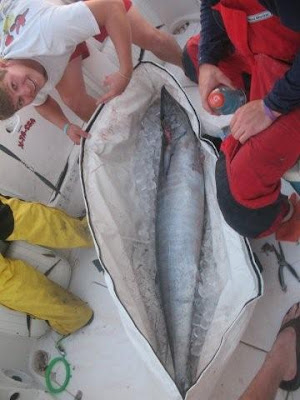 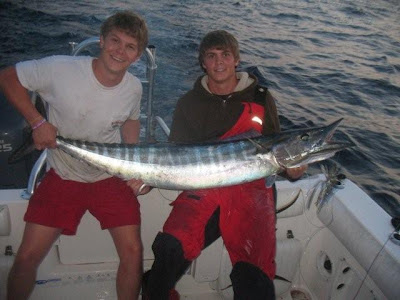 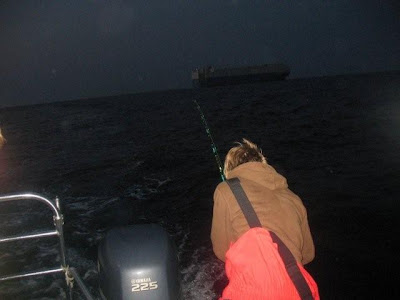 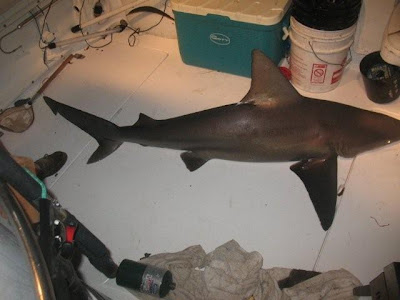 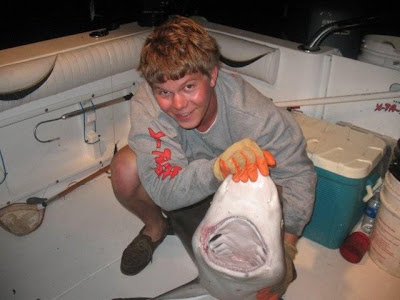 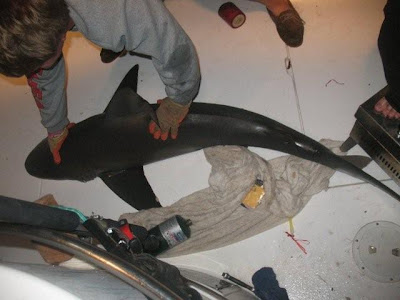 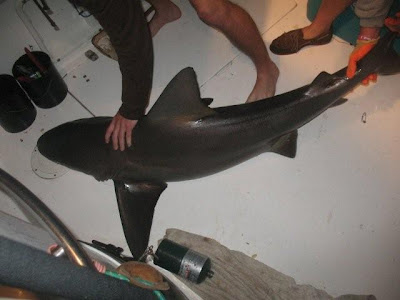 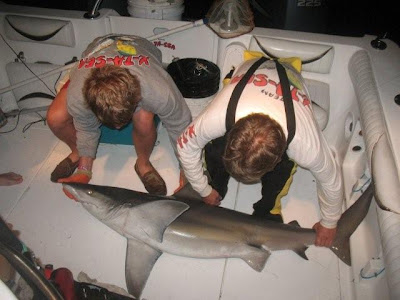 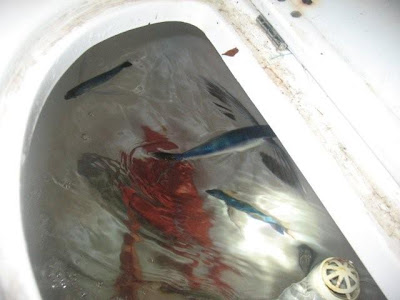 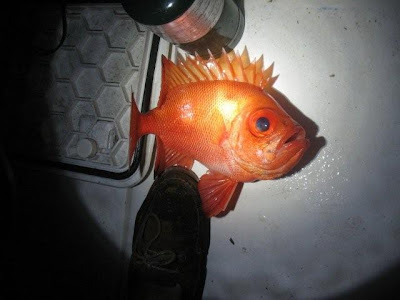